Charles Stross “The Merchant Princes ” series of six books is another “Sliders ” type of story, with the usual Stross-like twist. The story follows Miriam Beckstein, a woman who thinks she is a tech journalist. Miriam falls off a chair while looking at a strange pattern, and finds herself in a medival parallel earth. 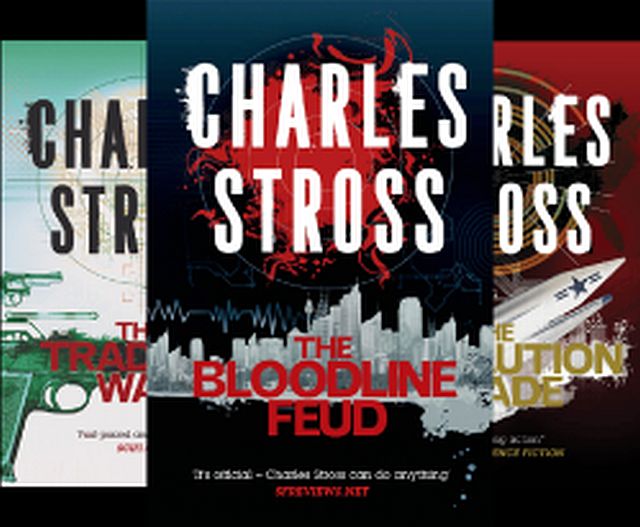 In the course of the story, Miriam learns that she is actually from this parallel earth, and really is the Countess Helge Thorold-Hjorth in the kingdom of Gruinmarkt, which sits in the place of her world lines Boston. Her relatives and the other members of the six clans have the unique ability of walking between worlds, which they apparently abuse to work as uncatchable drug and money couriers in our world. World walking involves looking at a specific pattern, which seems to activate a heritable genetic trait in their brains that make them shift.

In the course of the story we learn a lot about this ability: The pattern seems to control the linked universes, the ability to walk between worlds seems to be bioengineered into the clans, but the how, who and when are unknown. There seem to be more parallel worlds, which open up as the story unfolds, and also the mythical “lost clan” is found.

Things are becoming really complicated as the world of the lost clan, “New Britain”", is discovered. Miriam flees to this world, which is technologically somewhere in the 1920, and fuels a communist, anti-monarchist revolution by importing gold and ideas into this world. Meanwhile, the clans activities on our world are becoming known to the US government, which desperately wants to get hold of worldwalkers to understand and duplicate their abilities.

A fourth world is being discovered, in which a technologically advanced humanity died out for unknown reasons, and which currently is in the grips of an ice-age. And in a bit of foreshadowing, a fifth world is being discovered, in which earth is gone, and something else is found instead that resembles a black hole surrounded by unidentified energetic flares. While the clan struggles with an infight between the conservative and progressive factions, the US government finds a way to world-walk into Gruinmarkt and systematically nukes this world to secure access to the untapped oil reserves in this parallel universe.

The story is continued in another trilogy, “Empire Games”, which is set 17 years later. The conflicts started in the original series are being played out further, and the mysterious black hole from the fifth world is being activated by accident. The final part of this trilogy will be published this year, End of September.

“The Merchant Princes” and “Empire Games” writing and storytelling is everything you would expect from Stross, so time and money well spent.