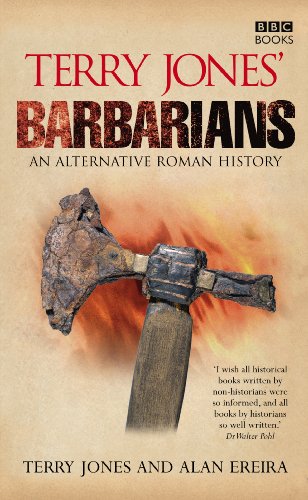 Terry Jones, who sadly died in early 2020, was not only a member of Monty Pythons Flying Circus, but among many other things a TV author and presenter for a number of BBC series on medieval and ancient history. In many cases, he takes the controversial position and presents a view of history that challenges the popular view. In Barbarians, he goes through the history of the Roman Empire and the various groups of people the Romans fought and the cultures they destroyed in building their empire.

The book and the TV series discuss the Celts, Goths, Greek, Vandals, and Huns and their respective achievements, cultures and their clash with the Romans, portraying them in ways superior or at least equal to the civilsatory level of the Roman Empire. He also shows how these various cultures, despite being at war, meshed and merged, but also what was lost or is today under-reported and under-researched.