Back when I was still commuting to work in an office, in the far past, I used to be in the Spaces building in Vijzelgracht in Amsterdam, every day. Mark Wagenbuur of BicycleDutch has been there today, and tweeted : 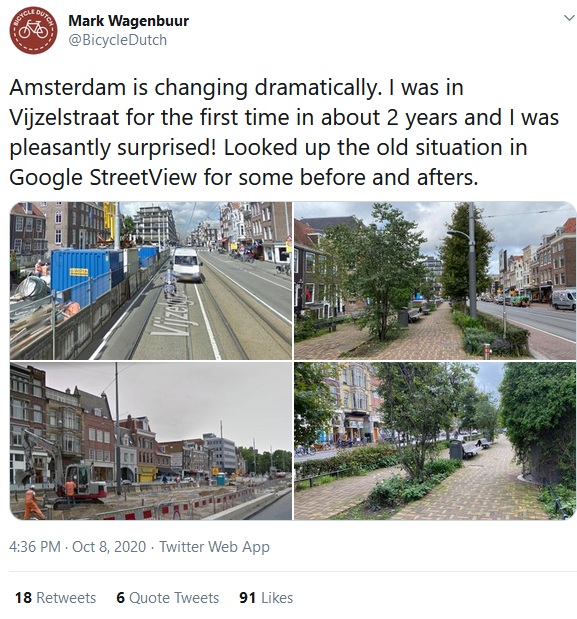 Amsterdam is changing dramatically. I was in Vijzelstraat for the first time in about 2 years and I was pleasantly surprised! Looked up the old situation in Google StreetView for some before and afters.

He also linked to an image from the Stadsarchief where the situation in 1987 is shown.

These works are documented on the City of Amsterdam website , which also has a page for the Vijzelstraat: herinrichting .

The desired end state for the space in front of Spaces, Vijzelstraat 66.

The works are part of Project Rode Loper , which is the renewal and redesign of all urban space on top of the new Noord/Zuidlijn, Metro 52, after the completion of the Metro works in 2018. The Vijzelstraat works are the conclusion of this project.

The City of Amsterdam has a fabulous video channel on Youtube, Het Verkeer , which announces and explains all street works and renewal. The Vijzelgracht project of course also has a video . 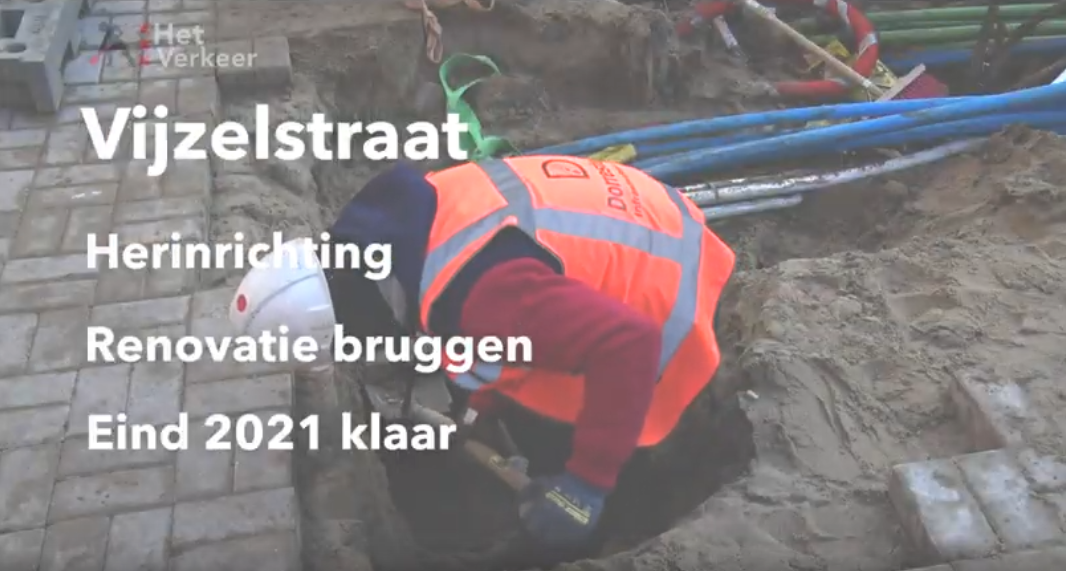 Interestingly there are two more projects active that match and extend the Rode Loper in this area:

Vijzelgracht: afbouw Vijzelgrachtgarage - The City is building a paid-for underground parking garage in the space between the metro station Vijzelgracht and the street level. This will provide paid-for parking space for 270 cars, similar to the Parkeergarage Museumskwartier, which is serving Frans-Hals-Buurt.

Vijzelbuurt: parkeerluw - Matching the extremely successful conversion of Frans-Hals-Buurt (around 500m north of Vijzelgracht), free and paid-for on street parking is almost completely removed, freeing up public space for fietsers, pedestrians, playing children and city green. The change will affect two local neighborhoods, Weteringbuurt and Noorderbuurt. The city has local consultations with the people living there right now.