So this morning the 08:10 alarm in the living room did not go off. It was set to remind the son that it is time to get going for school. We noticed in time, but when I looked into the “Why?” things got interesting. That alarm is a chime from the household Sonos system, and when I investigated, I got this: 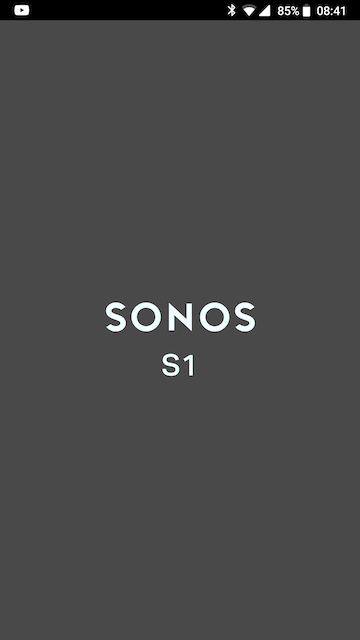 Sonos did the split and upgraded/rebranded their controller operating system to S1.

So Sonos did their thing and split their universe. There is S1, the Sonos application that is as-is and that can talk to all the hardware we have. And there is, or will be, S2, the new software. Devices running S1 cannot talk to S2 controller applications, and cannot be grouped with devices running S2 and vice versa.

Some older devices, notably our two Play:5.1, cannot be upgraded to S2. Some newer devices, presumably everything they build in the future, cannot be downgraded ot S1.

Nobody wants to throw out perfectly good speakers.

Sonos always was known for long-term support of their devices, and Sonos was always known for making things simple and just work. They completely failed at any of these, their core values, with their S2 migration.

And that is not even looking at the completely botched communication around this entire thing, with the explanation-less announcement of the trade-in program, and the completely messed up bricking-program.

The wife decided that we are too invested into this stuff to get rid of it short term, but put a purchase moratorium on new Sonos stuff into place. “And”, she said, “even if they get out of that, say, mid-2021, it’s still IKEA only. At least that keeps the financial risk under control.” Yup, downgraded from prime tier to consumer tier and a one year term on the bench.