So we are baking bread, and for that we have a Wiesheu minimat oven that comes in at a full 16A - supposedly it is using 3kW or more peak plus the condenser hood that comes in at another 500W top power draw. On the other hand, when running the thing is hardly lukewarm, it is running much cooler than the Neff household oven/microwave combo we have. 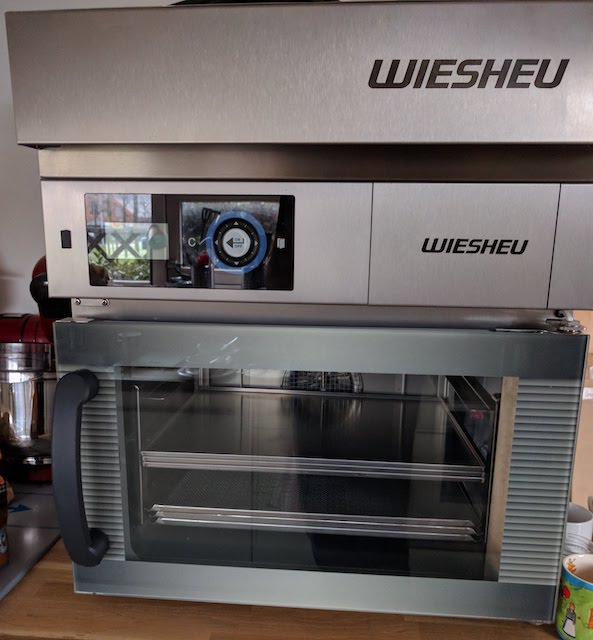 Wiesheu minimat with condenser hood. Convection oven with 3 trays (for buns) or a single layer of stone plate for bread. Can do 3x12 buns (20 min) or 2-3 loaves of bread (1h). Power draw 3kW + 0.5kW for the hood. Intended use is a show oven in the sales room of a bakery, or as PoS oven in a gas station or supermarket.

So Sammy wanted to know what is cheaper to use: The Wiesheu or the Neff. And for that I needed a way to measure and report power dram of a wall plug. I asked Twitter for solutions that can do

I was imagining something that pushes power consumption to syslog every minute or can log to a graphite. I don’t actually need on/off relais, but that would be okay to have. I have Wi-Fi on 2.4 GHz and 5 GHz everywhere. I do not actually have use for a cellphone app or control from outside the Wi-Fi.

There was lifely discussion, and I have been pointed to

The TP-Link Kasa arrived yesterday and was immediately usable: Plug in, install app, skip cloud registration, put plug into Wi-Fi, and start using it. I was only interested into their energy reporting feature and I now know: 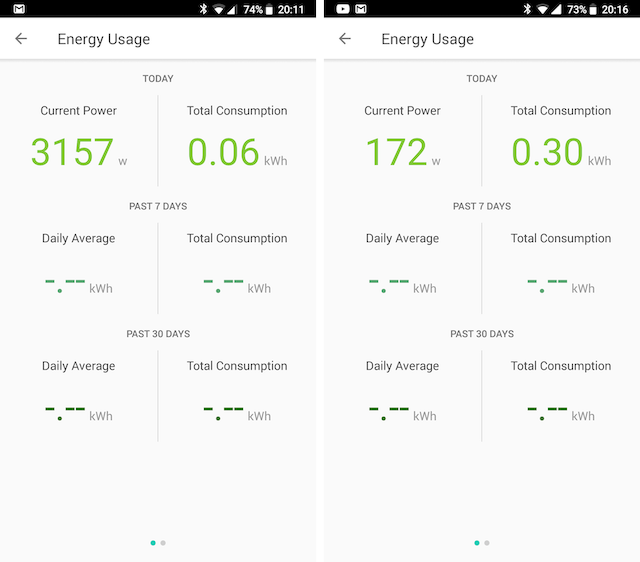 Yesterday the Gosund plugs have been arriving, too. They need a bit of treatment, though. Instructions said to not connect them so that they do not update themselves - it can only make the reflashing harder if the original firmware is current.

I also seem to need a RS232-adapter and/or a Raspi with Wi-Fi in order to flash them over Wi-Fi, so I bought a bit of toys to do that:

There seem to be two procedures for reflashing, one wired , and one over the air using tuya-convert . Having a modern Raspi is not wrong, so we will see where that goes, but the wired procedure looks more stable to me.

Next week I will know more.