A lot of super rich people are currently busy blowing their money into space. Who are these people, and what drives them? 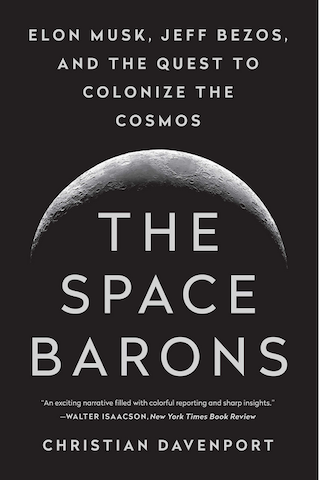 In Space Barons, Christian Davenport goes through the rather short list of super rich men who are trying to get private spacecraft flying, tells their history, successes and failures, and their motivations - or, in some cases, the story of the death of their dreams and how they drop out of the second, private space race.

We follow Richard Branson and Paul Allen, but specifically we follow Elon Musk and the vastly underreported Jeff Bezos and his Blue Origin Spaceship company. It becomes clear that Musk, being a mental 16-year-old with a billionaires wallet, wants to leave Earth to go down another hard to leave gravity well, while Bezos wants to go to space, mostly to get access to even more resources and to stay there. 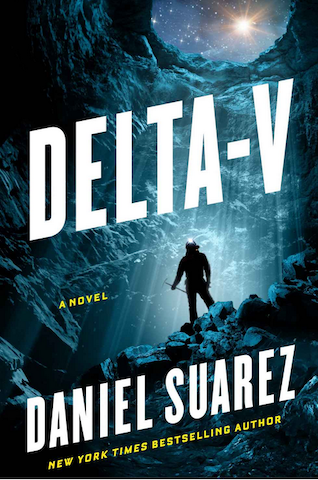 “Delta-V”. The characters in this book are the same as in Space Barons, with the serial numbers barely filed off, and while fictional, they act true to the character of their real-world counterparts.

Delta-V is one of the less fictional Science Fiction books of Suarez, and contains a lot less conspiracy as well. That makes much better characterisation and more entertaining storytelling. Having read “Space Barons” just before makes it even better, because it becomes possible to map one set of actors straight onto the other.

The action: The fictional version of not-quite Jeff Bezos wants to exploit the resources of the Asteroid Ryugu, and for this purpose builds a ship that will operate as a factory out there, and send mining products back to earth on a slow low-energy trajectory. For this purpose, an ex-cave-diver is being recruited to train as an asteroid miner, build a crew and lead the expedition. Turns out they were never supposed to return - but in the end make use of they stuff they have and the stuff they can mine and manage a happy end.