Welcome to the Netherlands. I am living at the bottom of a lake, 3.50 meters below the sea level, and there are sea shells in my garden. 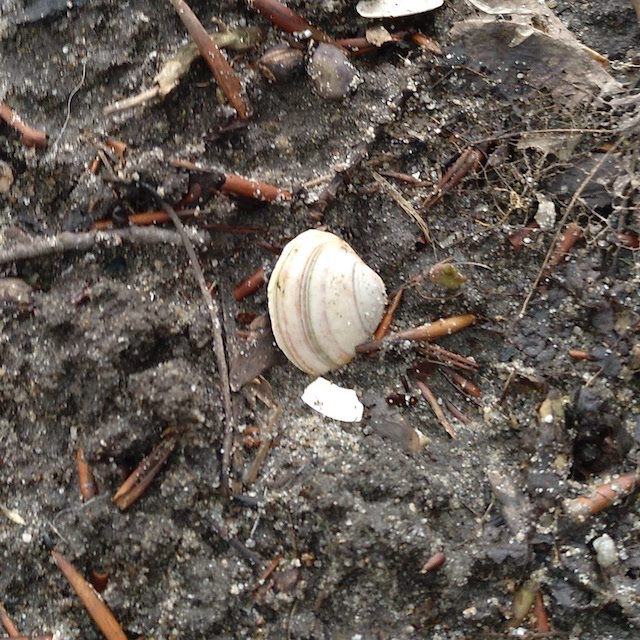 When I dig in my garden, it looks like this.

The Netherlands (low lands) or Holland (hollow lands) are formed in large part by the Rhine Delta . This is an estuary delta (tidal delta), which means it is formed as much by erosion as it is formed by sedimentation.

The erosion is a strong power, and was often seen as a living evil force working against the works of men – the Waterwolf , devouring the land. The waterwolf often refers specifically to the effect of peaty bogs and costal lake swamps growing and merging lakes. 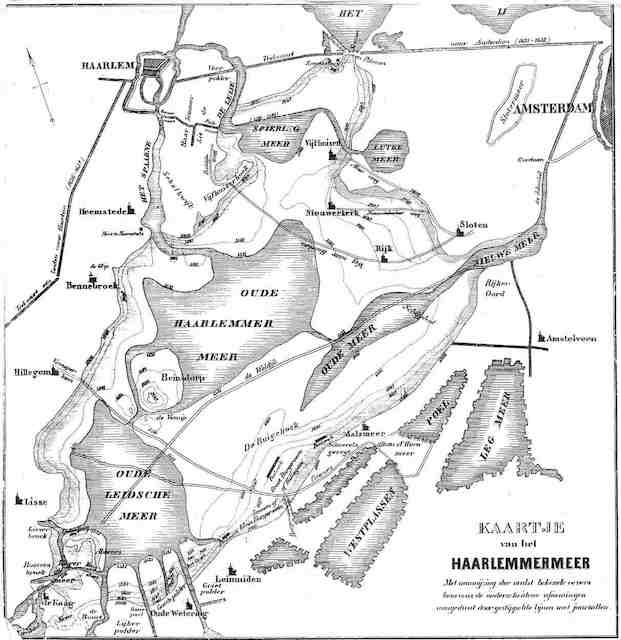 The situation before the lakes merge.

Discussions about draining the swamp started in 1643, and went on in one way or the other for around 200 years, but the efforts were strongly opposed by several cities for which the lake was an important waterway. After a hurricane in November 1836 drove the waters basically to the gates of Amsterdam, and the ever growing Haarlemmermeer was threatening to integrate other low lying lands and lakes into its surface, King Willem I had had enough. He appointed a royal commission and tasked it with making plans to drain the lake once and for all. 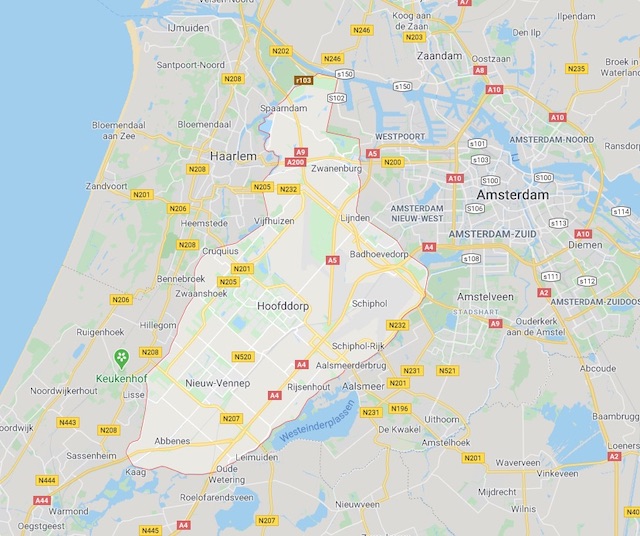 Haarlemmermeer is the area of the former lake, as defined by the Ringvaart, plus the area in the north extending it to the Ij

The Ringvaart is a 61 kilometer long ring canal that was being dug with manual labour, defining the shore of the Haarlemmermeer. Today it defines the border of the Gemeente, mostly, plus some area in the north extending the Gemeente towards the Ij. 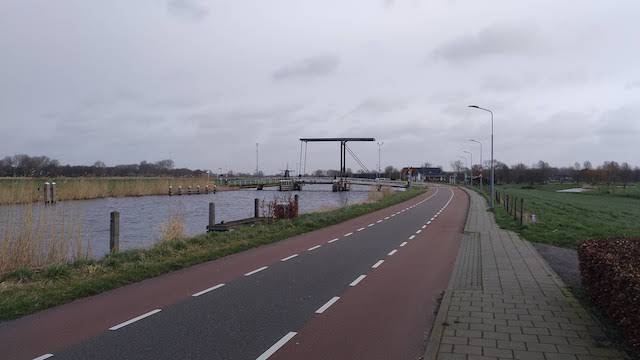 The Ringvaart today, between Cruquius and Vijfhuizen.

The earth removed was used to build a dike around the polder-to-be. The canal was completed in 1845, and three large steam pump stations were built and started to drain the lake: Leeghwater aan de Kaag (1845), Lijnden (1848) and Cruquius (1849). Until 1852, 800 billion litres of water have been pumped away and “the fish could be collected by hand”. 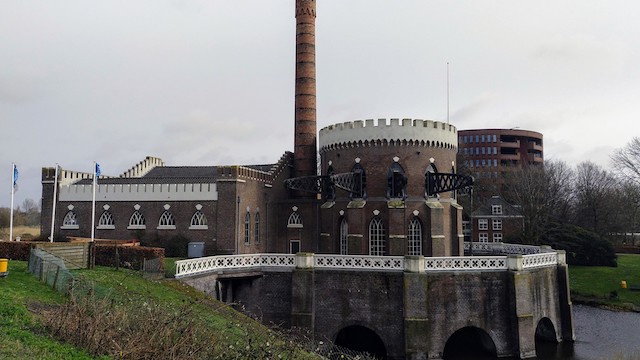 Steam Pump in Cruquius (1849) with a James Watt Steam Engine.

Today the steam pump in Cruquius is a museum . Entry is 7 EUR (or free, if you have a museumkaart ).

But of course land that is up to 3.50 below sea level and is in former a peat bog right next to the North Sea is not stable, and needs pumps and active water management around the clock to keep dry. 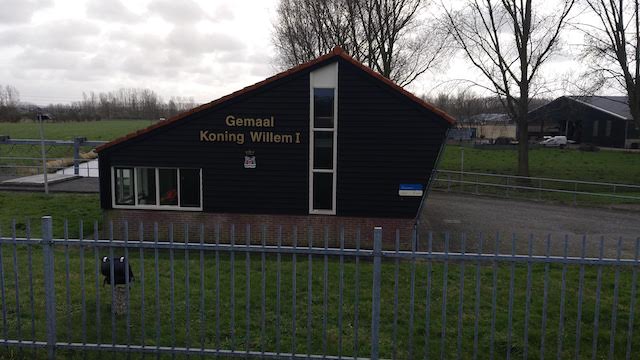 Today that is achieved by the pump station (Gemaal) Willem I, among others. It is named after the king who initiated the dry pumping of the Haarlemmermeer. It is much more modern and efficient, but also quite less impressive than the pump in Cruquius.

The Gemeente Haarlemmermeer is only one of many Droogmakerijen . It is a anthropogene cultural landscape, not an uncommon thing in the Netherlands - a quarter of the Netherlands are below sea level, and 65% of the population are living in areas that need to be protected against storm and flood.

But this also means: when you look at the landscape, there is nothing natural about it whatsoever. The natural state of this land is brackish water, 3.50m deep. It is completely designed and constructed and ongoing human effort is necessary to keep it dry and working. This is a relationship to nature and “natural” that is very different from other parts of the world.

It also requires a different mentality, because it needs to maintained at all cost, even in conflict. It absolutely requires people to cooperate even if they disagree: The North Sea is an equal opportinity drowner, the Waterwolf does not care if the people it devours agree or disagree about some thing or the other.

Cooperation despite differences has been deeply ingrained into the society in the Netherlands, and affects all forms of conflict handling.