Water is a very weird substance. Melting ice at 0C to water at 0C takes a fantastic amount of energy: Water has a latent heat of 384J/gram. Compared to other materials that is pretty much at the upper end of the spectrum.

Warming up 1g of liquid water by 1C is the original definition of 1 Calorie, or 4.184 Joules in todays units. 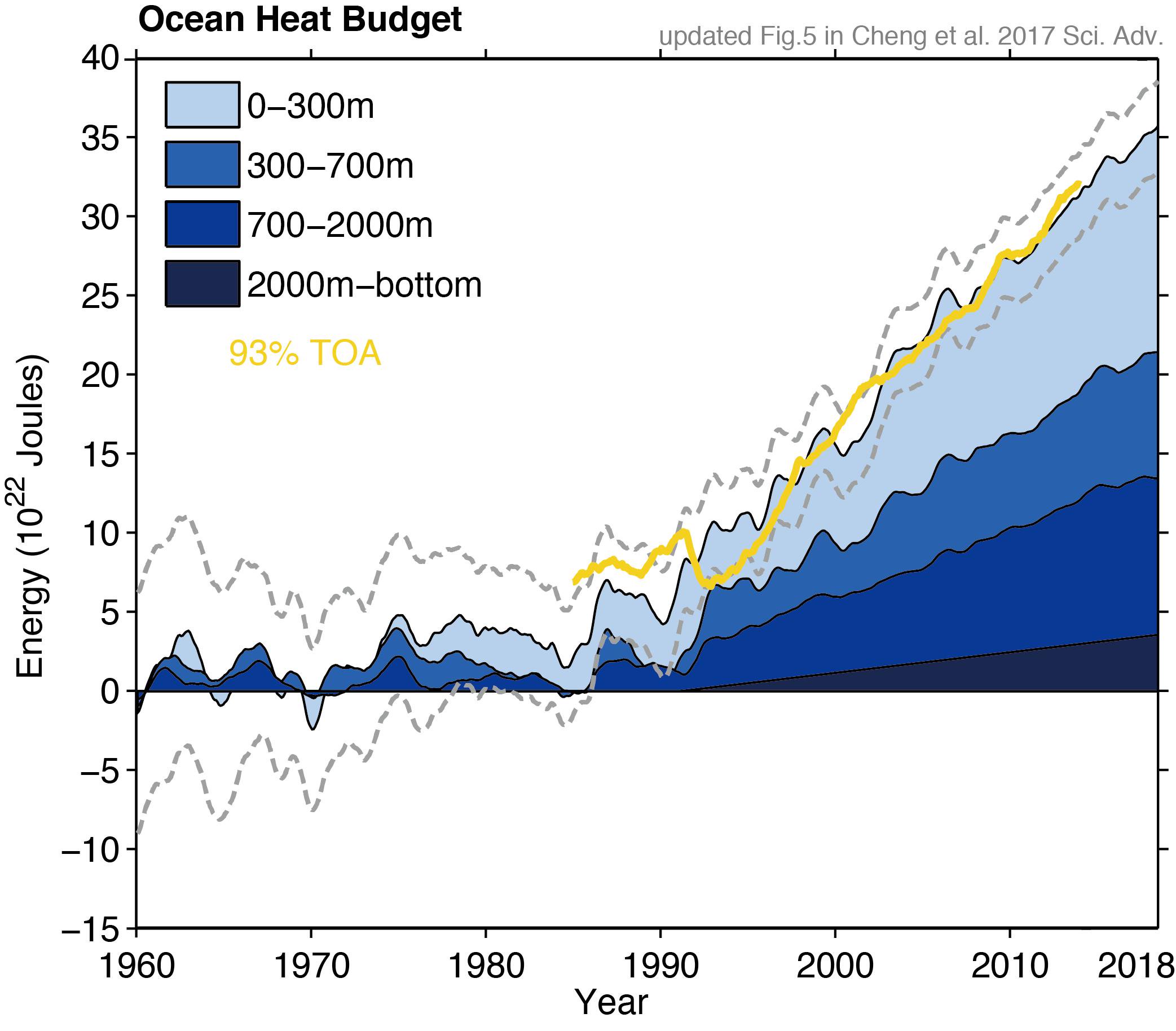 This acts as a buffer, keeping the air cooler than it should be given the energy surplus we experience.

At the same time, the yearly cycle of the sea ice in terms of area and thickness can be plotted, and is shown to go around a mostly stable center. 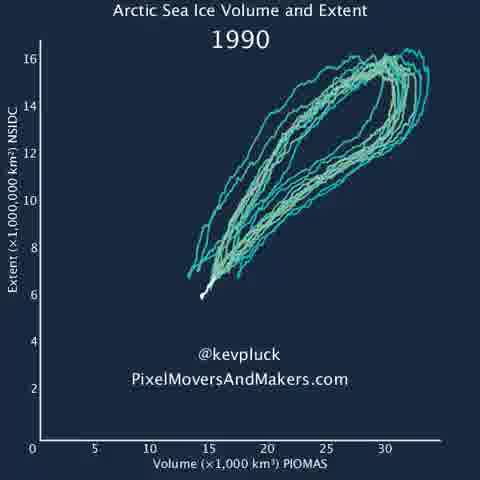 Again, this changes in the 1990ies, in a very alarming way. 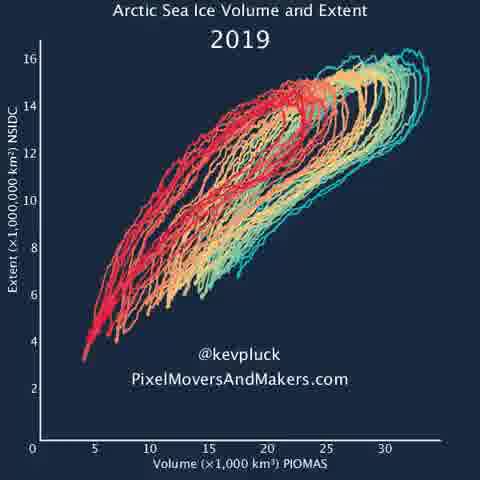 Both, the sea ice and the water mass of the ocean, are buffers that keep the earths climate on point and prevent it from changing quickly. But for the last 30 years, since approximately 1990, we are putting more energy into the system than it can dissipate, loading the buffers up more and more until we exhaust them.

Once that happens, there will be a no mitigation any more and the atmosphere will be warming up very rapidly and in a non-linear fashion.

NOAA keeps lists of CO2 over time at monthly CO2.earth . The current level of CO2 in our atmosphere is 408ppm in September 2019. In September 1990, when this process started, it was 351 ppm.

So basically we have been adding not quite 2ppm/year, and we need to get back to 1990s levels in order to stabilize our home planet.

Climate change started already, 30 years ago, and currently we are living off our safety buffers, the sea ice and the water masses of earth taking the surplus and keeping us alive.