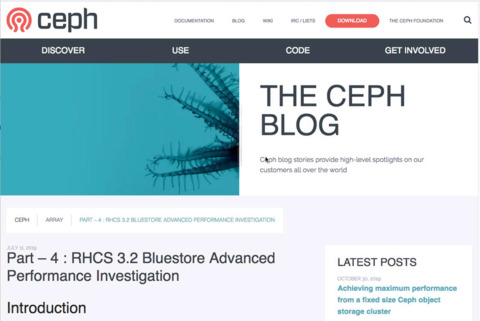 Conversations deeper in the Thread :

Examples of low-latency storage are software solutions from Lightbitslabs , from Datera , and from Quobyte . There are many more.

Then you speak to the MySQL people and they say “We have replication and Orchestrator , even masters are throwaway”. You talk to the Cassandra team and they laugh in Paxos. And so on. So most of these teams actually prefer “RDMA to a NVME namespace” over storage software with redundancy, and do resiliency higher up on the stack, in application context.