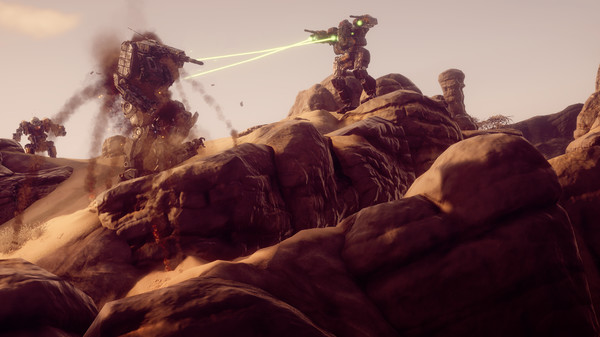 So two days ago Harebrained Schemes’ Battletech came out.

Harebrained Schemes is an Indie Game Dev Studio from Seattle, previously known for the very successful Shadowrun Games . I found time to play the intro and the first few chapters in the campaign, and the game is exceptionally nice. It feels like one of those over designed simulation games, where you can minmax the player characters and their gear to the limit, but the computer is taking over the task of all the bookkeeping, so the bookkeeping is not going to pull you down.

There is a good deal of storytelling or RPG content in this - characters have a history and motivations, and the missions in the campaign take care about tracking and portraying the factions appropriately. There is betrayal and loyalty, and there are plot twists and reveals. 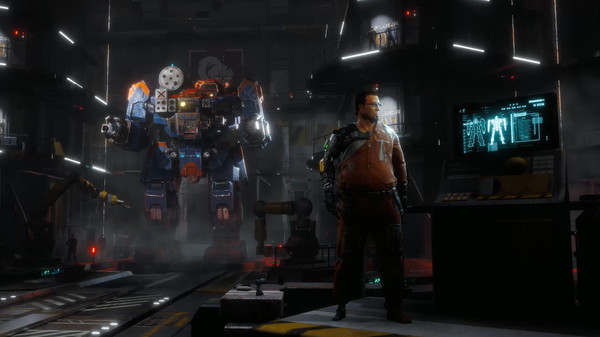 But of course the game centers around the crunchy bits. I mean even the Battetech Books have been Military Scifi in which the premise of the universe has been that no side ever gained an advantage in a millennium long galactic war, and in which soldiers of fortune fight in the end for any side of the ever changing factions. And the game does a good job of those crunchy bits: The mechs and their equipment handle clearly differently, and need to be led into battle differently. Environments matter, too, and adjustments in equipment and tactics make the difference between success and ammo explosions due to overheating.

Internally, the game is a simulationists dream: You can perform called shots, and the game keeps track of armor per bodypart of the Mech, knows where Ammo is being stored. I had a situation where a hit on a body part set off an explosion in an Ammo store behind the armor, which triggered a cascade of internal explosions in neighboring compartments, which ultimately felled the enemy mech, and that was the result of internal damage tracking and bookkeeping by the game.

But all of that happens in the background and you may or may not care about it - it’s a choice. Similarly, you can enjoy your Mech’s heat exchangers glowing orange and the water it stands in steaming, or you can open a detail view and track internal heat, armor state and other stats in detail for each move or proposed attack - again, it’s a choice. So it’s possible to play this at the (in Sid Meier terms) Starships level, or at the Civ VI level.

Either way, the game delivers - nice graphics, turn based tactical military simulation wrapped in a trade simulation game, in which you run a commercial Soldiers of Fortune operation, with a “revenge for my house and restore the rightful ruler” background story woven into the background.

Definitively a buy. Goes well with a soundtrack by Sabaton. BATTLETECH on Steam Harebrained Schemes, 39.99 EUR