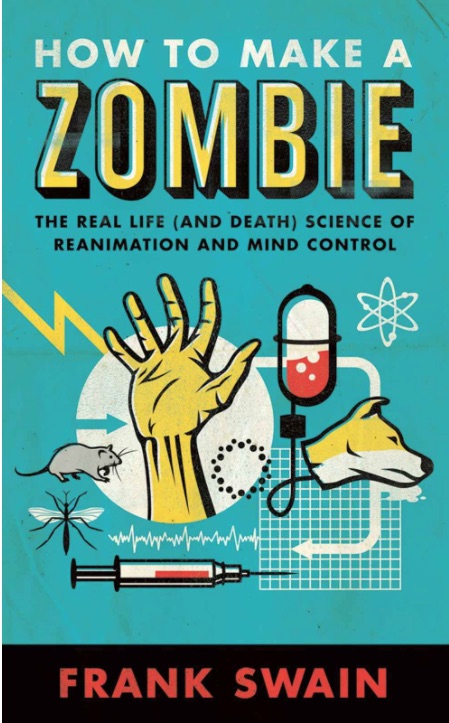 Frank Swain takes us on a tour of the myths, stories and historic reports of the undead corpse throughout the history of humanity. Referencing sources and quoting people, he shows us the various aspects of the mindless physical body shuffling around after the soul departed, and how that as a theme has been following us around throughout our history.

The first chapter deals with the “original” haitian zombies, later chapters take us to victorian experimentation with corpses of the executed, soviet experiments and many other encounters between humans and the living undead.