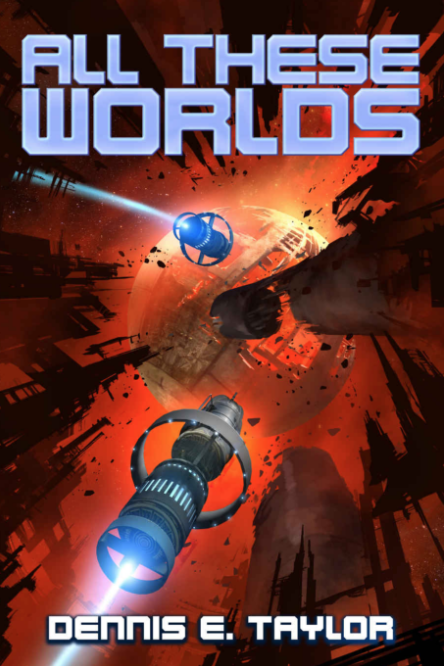 All these worlds is the third and final part of the adventures of Bob, conqueror of the universe and saviour of humanity.

Bob started out as a dead computer programmer, uploaded as a control AI into the core of a von Neumann probe and spaceship. He then went forth and multiplied, mostly because he needed more of himself to cover up first his own fuckups and then to clean up the mess all of humanity made of his homeworld during his departure.

The book wraps up nicely with finding a homeworld for the survivors from earth, defeating the Others, his romance with Bridget, and his role as the Bawbe for the Deltans. So finally, after hundreds of years, the original Bob can finally point his bow to the stars and go out, truly exploring.

All in all a satisfying conclusion to a series that ties up all the lose ends.