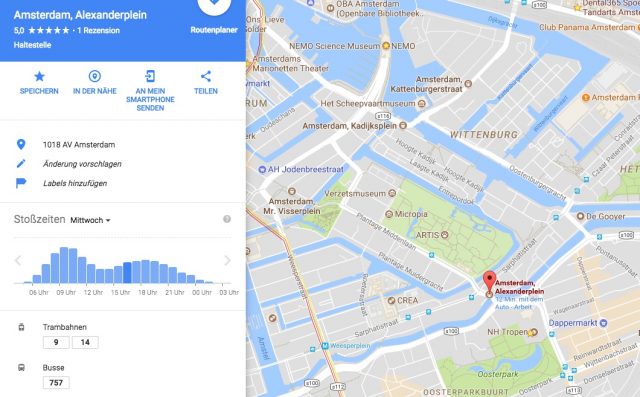 The Guardian has an article about a Shared Space Experiment at Amsterdam Alexanderplein.

A Shared Space is an approach to urban traffic design in which segregation of traffic modes is minimized and signage or other regulation is taken away, leaving traffic participants to make up rules and agreements on the spot through interaction. Several preconditions need to be there in order for Shared Spaces to have a chance of working:

If these things are given, if you take away traffic lights and signage, the intention of getting people to interact and agree on how to safely proceed - to empower them - usually works out very favorably.

The new setup forced people to engage with their surroundings. They had to change the behavioural rituals they had fallen into in order to adapt. Instead of relying on traffic lights, they now relied on their own abilities and the cues of others.

A paper referenced in the article Negotiation in Motion explains what goes on in more depth. The outcome: removing signals from a busy junction, it made journeys faster and interactions more pleasant. Now the approach is being copied across the city.

Where do you see yourself in five years?