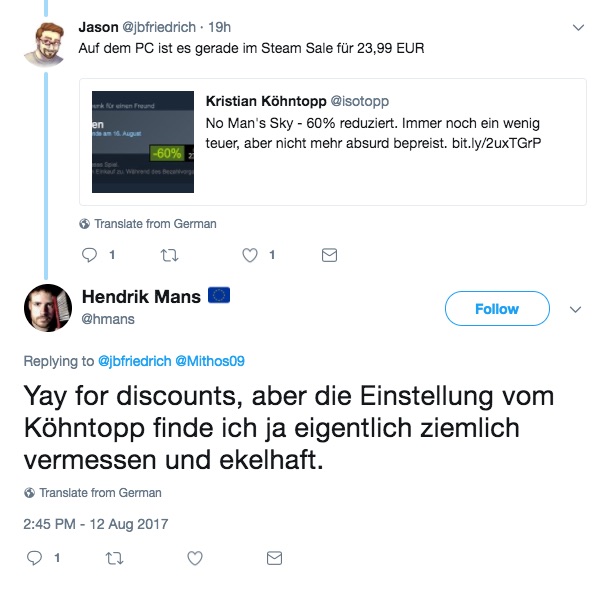 Back in the day at university, there used to be a group of people who went to the Cinema every week on Thursday. We were sometimes six, sometimes more like ten people, but at the core it was a pretty stable group. Ticket sales started one week before and we are pretty consistently getting our tickets pretty much the hour ticket sales started.

Because we were having reserved, numbered seats, we were usually late arrivals, sometimes trying to get into the film after the Ads, but well before anything serious started rolling. Over the course of time, the Cinema managed to double-sell our reserved seats on several different events. And despite the fact that all tickets have a sell-date printed on them, they didn’t give the seats to the people with the early tickets, but to the people who arrived first. So we stopped that, and that was 200 DM a week less for the Cinema - or maybe not, because then they would probably care more.

And I learned a thing:

Experience does not really matter and neither does freshness.

I was fine not seeing a film the week it was released. There is in fact a steady stream of films coming down the pipeline, and if you offset yourself a few years from releases, all things will eventually come to you for free on the pretty excellent German TV.

I rather spent money on one of the first HDD DVRs available, a Schneider Prime Timer. Well, Heinz did, but that’s a different story. I also learned that even with a mediocre home setup the experience at home on the average is better than in the Cinema. Mostly that is because the experience is much more reliable - less chance of annoyance - and because I can back out of crap much more easily if it does not grip me in the first 20 minutes.

Then MP3 happened, and while Napster was pretty unreliable, it did sell cheap ATA HDDs instead of proper SCSI HDD to me, and I ripped the 600 or so CDs I had - all of them purchased for 20 DM or less. Most of them I got much, much cheaper. Because Cinema taught me to wait and grab stuff when it was on sale and not when it was released.

I took these Rips to my friends, offered them a copy and asked if I could borrow their CDs, and yes, all of them. So 40GB wasn’t enough, and pretty soon I ended up with some Terabyte or the other.

And I learned another thing:

There is no overlap.

So the friends I had, each of them had approximately as many CDs as me, some more, some less, but all of them literally hundreds. After merging a dozen collections, there was considerably less than a three digit overlap in number of Albums. Apparently taste and interest vary wildly and the long tail is most likely way, way longer than you think.

Also, I found a lot of music that I did not know about, and which I really liked. I mean, my wife listens to K-POP and I am not even angry! These days I have a 30kg home server that’s full of hard disks, always on, and that uses Subsonic to stream stuff to the Sonos Systems, because that works.

Only that nobody actually uses that, because we also have GPMAA Family, and that’s much more convenient for some reason - we like to stream. There is also a Netflix and an Amazon Prime, and for some reason we are using that, and not the Subsonic, to watch movies.

There is still a shelf of DVDs, but the actual couch-algorithm is “Check werstreamt.es”: If it is available on Netflix or Amazon, go there. If not, either watch something else, or get it from a Torrent. We are literally not even bothering checking the local file server or trying to find a USB DVD drive to hook up to the TV server and pulling the media from the shelf.

General DRM and optical media unreliability features big in this: Usually, the torrent is already finished by the time I found the drive, put in the DVD, got it out again, blew away the dust from the optics, try again, only to learn that the computer’s media player does not handle the DRM fuckery on this particular disc very well.

I eventually learned to trust the Streaming and the Torrent more than my local media.

That even includes books: Amazon Prime comes with Amazon unlimited, and German Book Stores have taught me that for anything in foreign language it is not even worth bothering.

What actually works: a Kindle. I once owned a room full of Paper Scifi - about 2000 books or more, but then I had to move. These days, I do not buy paper books any more - unless they are Comics or graphics rich Coffee Table experiences.

And here is a thing: once you go Kindle, you go KDP/Indie, and for Scifi that means all books are $10 or less. Actually, for $0.99 I am giving even pretty things with questionable blurbs a try, because you never know, and the financial risk is very controlled.

Essentially, all my experience has converted to electronic media, and then to streaming, even reading.

So, Games: Yeah, I grew up in the Eighties, and fell into Games, and then into cracking them in the mid Eighties. I found that cracking them, and understanding how they work, is actually more fun than playing them - and so I stopped playing for some 15 or 20 years. You can thank Ingress for the fact that I am even looking at games again at all.

Another kind of very long tail.

Around the time I got my first smartphone, Humblebundle appeared and started to offer Android Mobile Bundles. They contained amusing stuff and I bought them - generally for the minimum required price to unlock all the things that I had a mild interest in, or that I thought the child may have in interest in in a few years time.

Turns out, you collect cellphone games at an amazing rate that way. And turns out they are not actually cellphone games. Because if you accidentally look into your Humblebundle account: My God, it’s full of Steam Keys - whatever that is.

Anyway, so I happen to own not quite 300 games, which are most likely to be not bad at all, and out of which I have probably played about 10 or less past the point of Steam Refund. And that’s fine with me, because I probably paid about one Dollar, each, on the average.

But all that is the competition any of the new stuff you are trying to sell me is up against.

I am an adult with a well paying job, a family and a child. Where do I put my time? Games last, pretty much. I don’t have that much of a monetary constraint on my purchases per se, but I have been trained that you never do media, any media, at full price, because it’s a rip-off.

Also, I have learned that media ages well, so it’s kind of okay to let it lie for a few years. That’s particularly true for computer games, it appears, because bugs.

So here is what it looks like at home: There is a single, very expensive Windows computer in the house, and it autoboots into Steam and streams to the TV Mac or our Laptops. There is also a very large file server, which in two years time will become a tiny Raspi-like Device with a two-digit TB piece of Flash. There is large pile of Sonos Hardware. There’s a TV with a Mac and DVR software. There is a FTTH connection subscription. There are GPMAA Family, Netflix, and Amazon Prime Subscriptions.

And there is a hard rule to never buy any media without substantial discount, because life told us for multiple decades that this how it works:

Don’t judge media by the amount of work or love that has been poured into it. Judge it by what other media you can get instead for that money, because there is plenty of other stuff that’s not bad at all. And nobody can even begin to make a dent into the pile in a single lifetime.

And that is why you can’t have nice things. Don’t look for a career in art or media. 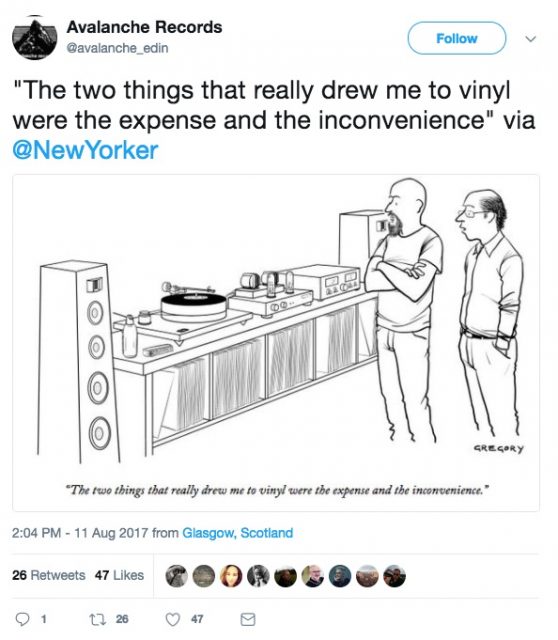 Some people define themselves through Media. That’s ok, but that’s not me.

Some people define themselves through Media. That’s ok, but that’s not me, that’s John Cusack , and I am not him, I am the copyright fairy .