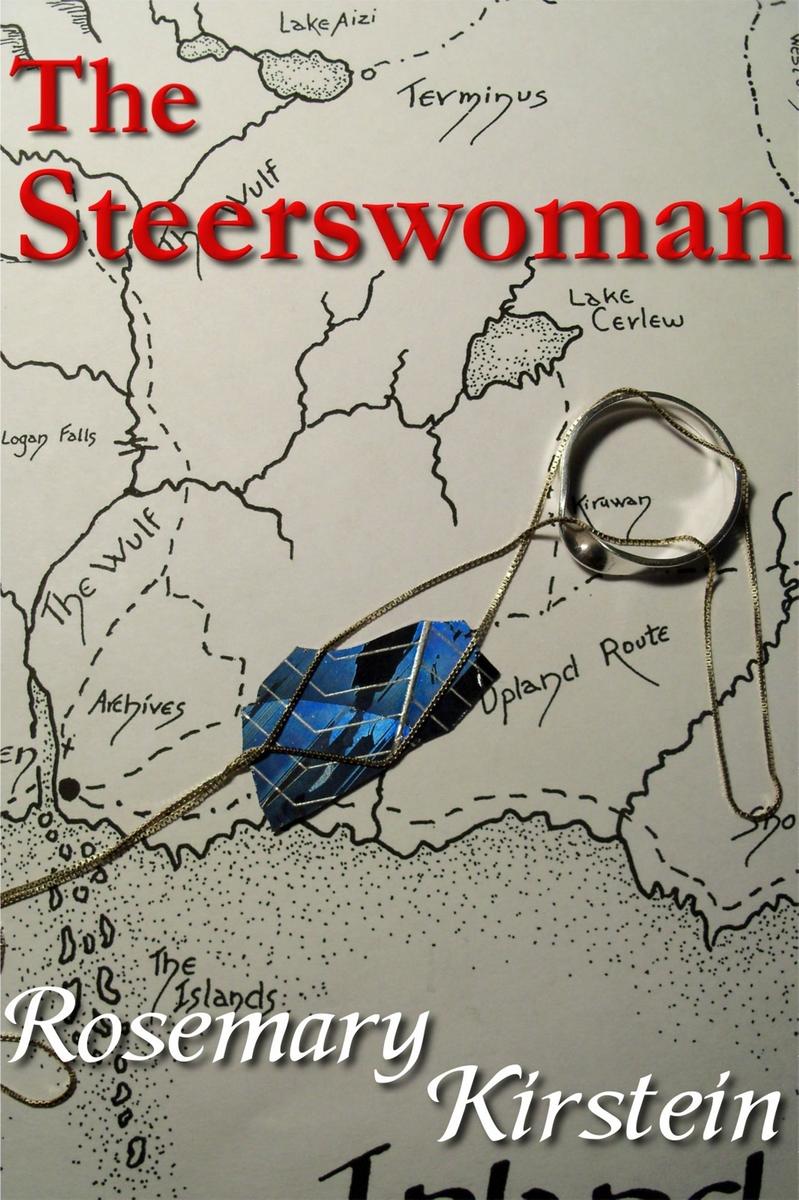 The story begins as a Fantasy novel in a magical universe: We have two warring factions of magicians, a dragon attack, Gnomes and other entities from the fables and fairy tales.

We also have Rowan, the Steerswoman. She is more than a navigator and map maker, she’s part of a group of people that believes in science, in documentation and in open sources - the steerswomen. When a Steerswoman asks, you must answer, and truthfully. If you ask any Steerswoman, she’ll also answer to the best of her knowledge and truthfully. As a group, they are gathering information about the world they live in.

And as it becomes apparent to the reader quite quickly, that world is an alien planet with a hostile and incompatible biology, that is slowly transformed into a world that is more amenable to humans and life from Earth. All of this is unknown to Rowan and her people, because the knowledge about their origin and much science has been lost and they fell back to an almost medieval level of living. So this entire series is about Open Sources, about the Scientific Method and progress in a world of Magic and Fantasy, about Clarke’s law. It is also about a Xenobiology and The Alien and about many more things.

Above all, it’s about the characters, which are living and alive in a way that is not unlike the inhabitants of Pern . And not unlike Pern, but in a much more nuanced and interesting way, this is about ecology, human and xeno, too. Well written and fascinating - don’t start this series without having the time to read, because you will want to go through all available books in the shortest possible time.

The Steerswoman Series is incomplete, four books are out, and two are still being written. Book 6 is almost complete and the title is known (The City in the Crags ) and Book 5 is in the making and will be published “when it is ready”.

The Steerswoman , first book in the eponymous series, starts out with Rowan taking a kind of break in her mapmaking tasks to investigate the origin of some strange black stones or shards with strange bluish, patterned lines on them.

The book establishes the world Rowan lives in, and a small bit of history: One of the strangely stationary moons of the world, the Guidestars, has fallen and is now gone. We learn about the inhabitants of the world, humans and wizards, but there are also Gnomes, Dragons and Demons. We learn about the lay of the land, the Inner Lands, where Rowan lives, and the Outskirts, which are full of many strange creatures (such as the Demons) and which are a hostile environment in which humans can barely persist.

The Outskirter’s Secret explores this in more depth, as Rowan wants to find the fallen Guidestar and the origin of the strange stones. She’s also in for a tour of the native biology of the strange planet humanity lives on, and is slowly gaining an understanding of how The Outskirts work and slowly turning the planet into a world that can sustain Earth life. She’s also learning how different the lives and the culture of the Outskirters are from the ways of the Inner Lands, and how their world is shaped by necessity and the harshness of the land. In the end, Rowan and us both gain a good idea on what has happened four decades ago when the Guidestar fell.

The Lost Steersman takes Rowan back to the Inner Lands, at least originally, and then to the sea, as Rowan searches for the mysterious wizard Slado, who seemed to be responsible for the fall of the Guidestar. We also meet Janus, an Ex-Steersman, who seems to be connected and who also seems to be involved in the Demon attacks on the city of Alemeth, where he lives. When the Demons come to get him, Rowan follows him out to the sea, behind the border of the Outskirts and the Dolphin Stairs into the native lands of the Demons.

Kirstein does an excellent job of painting The Alien as that, alien. Intelligent, but strange and so far removed that communication is almost impossible, but for one brief Darmok and Jalad at Tanagra moment. Also, map-making Rowan finally understands the true size of the world she is living in and how tiny and fragile the human settlement on it actually is.

The Language of Power takes Rowan back to the Inner Lands after she understood that the Demon plague has not been orchestrated by Slado and that her enemy is to be found within the human part of her homeworld. In the city of Donner, she’s planning on learning more about the wizards and their ways, and she has brilliant help. Because her grenade throwing proto magician whizkid from the start of the series has grown up, and he’s been learning programming languages.