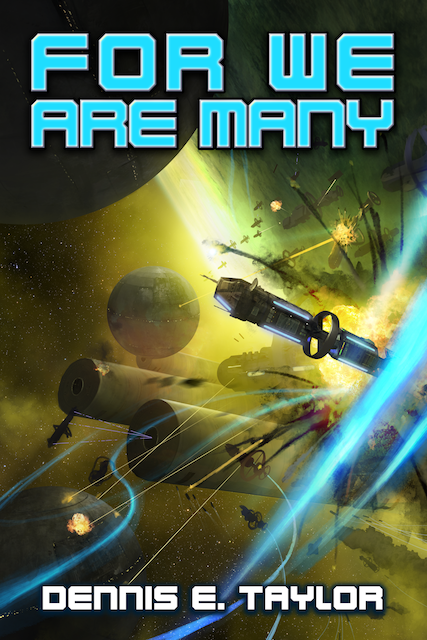 Bob is making what he was built for: more Bobs. Bob is in fact a dead computer programmer back from the destroyed and near inhabitable Planet Earth, who has been turned into an upload inhabiting a Von Neumann probe. His mission is to explore strange new worlds, going where nothing has gone before and make more of himself.

You can read more of his Genesis in We Are Legion Part 1 of the Bobiverse series .

This second book in the series plays 40 years later, not that it matters much in the grand order of things. Bob still has to deal with the problems that were becoming visible in the first book: there are still Brasilian space probes out there to get him, he still has to understand and manage the ecology of the alien world, where he plays Sky God to a bunch of stone age level aliens, and he still has to learn more about the mysterious planet eating aliens he encountered at the end of Book 1.

So this is a story told from the point of view of a computer with the body of a space ship, yet it is strangely human in a very compelling way: The nation of Bobs is developing in an interesting diverse way, the interaction of Bob with the remainder of The Faith is elegant politics and very human revenge, there is an actual love story which obviously can end only on a sad note, and a bunch of other very touching moments.

There are some obvious plot holes or discrepancies, where the author grossly underestimates the size and amount of resources in an entire star system - and on the other end a Dyson sphere.

But the book is well written and a fun read. Part 3 will come out in a week.