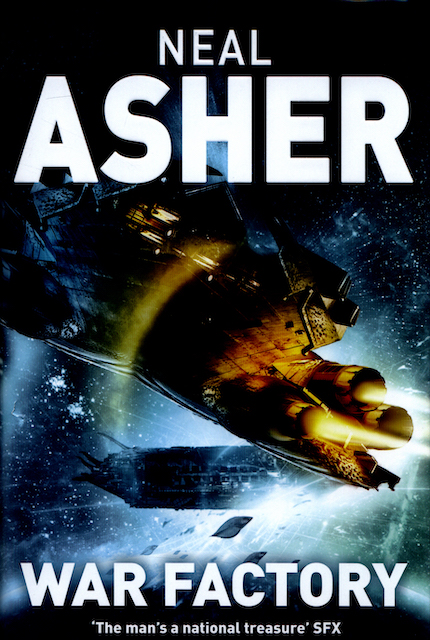 War Factory is the second of three Books in Neal Ashers Transformation Sequence , a trilogy set in his Polity Universe

The storyline continues with the characters and themes of the first book - it’s about atonement and redemption. And as we learn, not just about the redemption of the mad AI Penny Royal, but also about the aftermath of the Human-Prador war and the redemption of the various persons (Human, Haiman, Prador and AI) that have been damaged by the war. We see in fact a lot more of the prador, and how the war affected them personally, and as a society.

The pacing is still slow in places, and not a lot of plot is happening, but there is a lot of background and development. Considering that this is the bridge book in a trilogy, it’s actually pretty good and satisfying.