So there was this article in Motherboard, pointed out to me by a very young friend of mine. It’s an FBI memo written in 1995 during the Unabomber investigation, about a mysterious, close-knit group of gamers, playing D&D. The article gives hardly any context at all, but that kind of memo during this time is not unusal or even remarkable, from a historical perspective.

So here is a bit of historic perspective, not quite in chronological order.

John Gilmore A lot of this, from a US point of view, revolves around the person of John Gilmore . Gilmore was an early Sun Microsystems employee and hardware (VLSI chip) designer, and this part of his career made him financially independent. He’s also politically active, libertarian, and coined the famous saying

The Net interprets censorship as damage and routes around it.

Gilmore was running Cygnus Solutions (before Windows had a Ubuntu subsystem, there was Cygwin) in 1992, a company that advocated Open Source and provided commercial support for it.

At Cygnus, people with similar interests were meeting and from that grew the Cypherpunks mailing list, which by 1994 had substantial readership. The Cypherpunks pioneered software that used encryption to communicate, to facilitate metadata-less anonymous communication and early anonymous digital payment systems.

David L. Aaron This clashed with the interests of the United States and the Five Eyes , which even back then had zero interest in the promotion of publicly available, auditable at the source level, free cryptographic protocols. The US came up with several concepts of limited and “managed” (= crippled) encryption schemes, and around 1995, 1996 appointed David L. Aaron as a Crypto Czar .

That Czar was the person tasked with selling foreign governments on the idea of crippling cryptography worldwide so that the US could better spy on them and everybody else. The way he did that was, of course, that he argued that unbreakable codes in the hands of terrorists would threaten every country’s security. Sounds familiar? It should, the tune is as old as Greensleeves .

Clipper and other crippled crypto One notable export from that time are “export grade ciphers”, versions of cryptographic protocols that have been in some way or the other limited to key lengths of 40 Bit, which was even back then completely useless.

Another memorable fiasco of that time (1992-1996) was the Clipper Chip . The Clipper Chip is a hardware encryption/decryption device using a special cipher Skipjack , which was later found deeply flawed .

Each Clipper Chip would have a random bitstring as identity/key source, and would encrypt messages, but also transmit the key to decode the message in another, encrypted way that was supposedly accessible only to the government. As such, the key implemented a secret government backdoor.

Relatively quickly, several technical vulnerabilities in Clipper have been found, which allowed the use of the Clipper hardware in a way that the key would not be recoverable (bypassing the backdoor), and others, which allowed using the key recovery field by anyone, so that all legit users of the chip would be exposed to attacks.

Steve Jackson Games Then there is Steve Jackson . Jackson is a Geek, a Game Designer of, among other games, Role Playing Games, and a Lego collector. He’s known especially for creating and publishing GURPS , “the” universal role playing game ruleset. There exist GURPS supplements for about every conceivable theme, and a few that are inconceivable or at least improbable .

There is also the GURPS combination challenge, in which you choose any two random GURPS supplements and play in the resulting world. 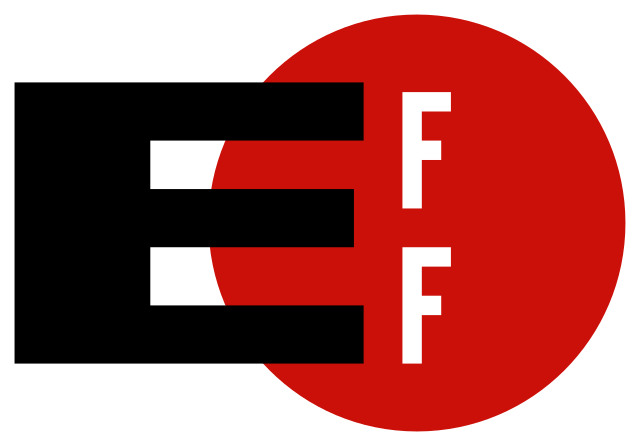 That was made possible in part because of the Electronic Frontier Foundation , EFF. Funding members were John Gilmore, John Perry Barlow and Mitch Kapor. Barlow and Kapor had been subject to raids similar to Jackson, by particularly technologically clueless government organisations.

distributed.net and Deep Crack The EFF was also involved in the funding and execution of various DES brute force challenges . The first one, called distributed.net , used many general purpose computers somewhere in the Internet to brute force the key of a certain DES (56 bit) encrypted message. The second DES Challenge used a machine named Deep Crack made from not quite 2000 special VLSI chips.

It was John Gilmore, who funded the quarter million US dollars to finance this design and who also helped to design the actual hardware. Deep Crack brute forced a DES key in only 56 hours, demonstrating that DES cracking was too cheap and fast to consider DES still a secure chipher.

This lead to AES challenge and the standardisation of the Belgian Rijndael chipher as what we today call AES . Today we have the funny situation that DES is still unbroken (there is no faster attack than brute force), but insecure (brute force is too easy), while AES is broken , but still considered secure.

The Crypto Wars in Germany A similar discussion on encryption and “key escrow” took place in Germany. You can find a lot of the old discussions (in German) at Förderverein Informationstechnik und Gesellschaft (Fitug ), for example here . The Rethorics of 1995 sound precisely like those today:

Around that time, a lot of political lobbying action took place, resulting in a up to this day generally unchallenged ban on key escrow in Germany:

Today These still stand, and ban backdoors. But Zuboff’s Laws are strong in the government:

And hence we now have government IT security institutions making the world more insecure, because they hoard vulnerabilities in order to use them for surveillance and control.

Which is why even now, 20 years later, the Cryptowar is still a thing.

It will never be over.