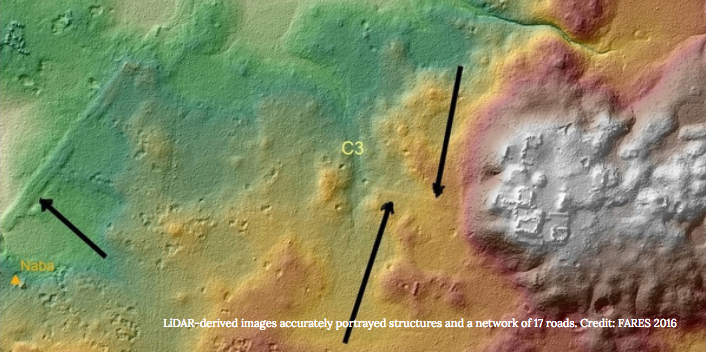 Two articles about the Maya civilization: Seeker article about LiDAR being used to reveal ancient structures on the Jungle ground: A network of 150km of prehistoric Autobahn ran through the Jungle, binding the Mayan Empire together.

“These causeways are 130 feet wide, up to 20 feet high and in some cases they extend as far as 25 miles,” Hansen said.

A causeway is a raised road across difficult, often wet or unstable ground. Because of the raised structure LiDAR can find these roads even today.

And from PNAS, another article about radiocarbon dating of several Maya sites, illuminating the time and speed of two collapses of the Maya civilization.

Through this chronology, we traced the trajectories of the Preclassic collapse around AD 150–300 and the Classic collapse around AD 800–950, revealing similar patterns in the two cases. Social instability started with the intensification of warfare around 75 BC and AD 735, respectively, followed by the fall of multiple centers across the Maya lowlands around AD 150 and 810. The population of Ceibal persisted for some time in both cases, but the center eventually experienced major decline around AD 300 and 900.