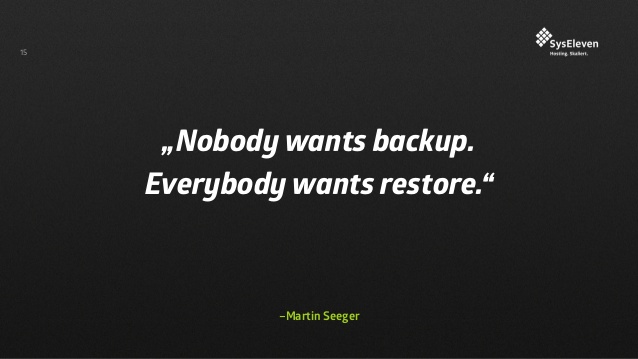 Operations matter. I know the Hipster crowd does not like to hear that, cloud or not. But reality has a way of making itself heard, whether you like it or not.

So some sysadmin deleted the wrong folder, which in itself should not be a problem.

But in the process of trying to restore things, the following discoveries have been made:

If you think your sysadmin is paranoid, let this be your lesson. They are not. Operations do matter, even (especially) in the cloud.

Some thoughts for GitLab: What is WAL shipping? What is pgbouncer? Why does everyone hate Slony? Why is EC2 so slow? 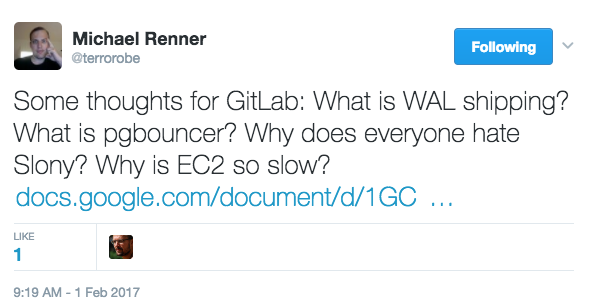 People using Slony on a Postgres 9.6 deserve everything that happens to them. Slony is trigger based replication breakage from the deepest circles of hell, and Postgres has excellent, stable and fast internal replications for several years now.

Also, what he says about log shipping: There is no reason at all to lose any write ever on a Postgres, nor to have much downtime at all with proper replication. Operations do matter. Cloud ain’t gonna change that.

EDIT: Dedicating 1st of February as “Check your Backups Day” 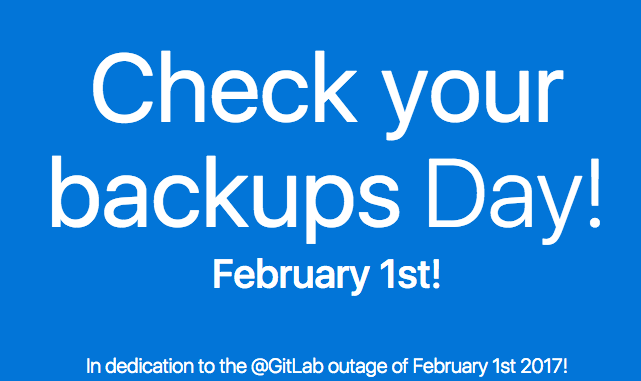