Yesterday all references to the place name “Bielefeld” have been replaced with “Bielefeldverschwörung ” (Bielefeld Conspiracy): 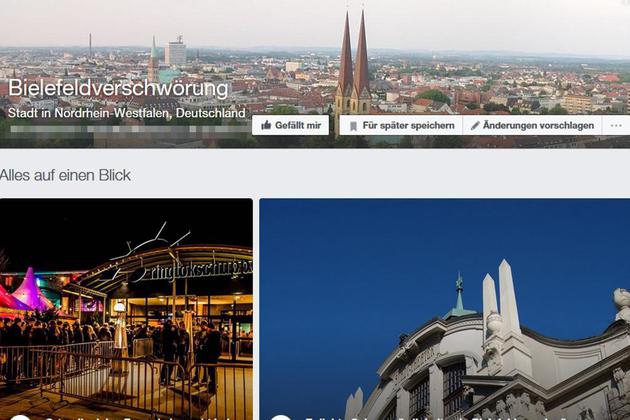 Bielefeld is a typical while label city in Germany. In fact, it is conspiciously inconspicious, and that is, so the conspiracy theory fabricated by Achim Held in 1993, because the city does not actually exist. It’s a fake location that protects something else on the map, probably an entrance to the Hollow Earth or something else, but we don’t actually know.

The story of the Bielefeld Conspiracy has been made up as a satire, but has since picked up a life of it’s own. The cities bureau of tourism uses it for marketing purposes, and there is even a feature film , which in turn features Achim Held .

Facebook claims that the change was unintentional and that the root cause is being researched. There totally is no conspiracy at all.